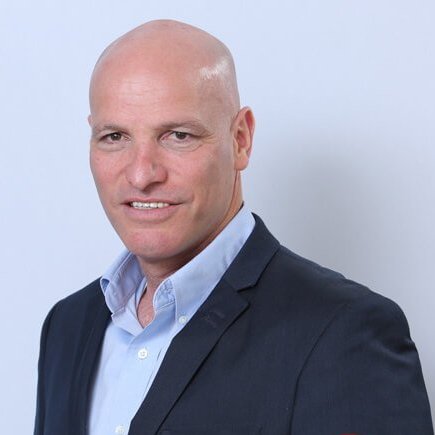 According to the Innovation Authority report for 2020, the number of new start-ups is falling every year. Investment concentration is created in the larger start-up companies, at the expense of smaller ones. Investing in the early stages of start-ups enables them to thrive.

The Israeli start-up ecosystem has reached a boiling point. On a near-daily basis, startups announce massive funding rounds, IPO’s and large-scale contracts previously inconvincible to the event of the most recent generation of Israeli entrepreneurs.

It was recently announced that the total amount of money invested in Israeli start-ups in the first half of 2021 alone has already exceeded the volume raised in all 2020. While this is impressive, it goes to show the rapid rate and vast international interest in Silicon Wadi.

To put the numbers into context. The number of mega-fundraisers, i.e., investments of more than one hundred million dollars, which stood at twenty investments in 2020, has already surpassed thirty and we have just now broken the halfway point.

Incidentally, industry sources have been careful to point out that a significant portion of the record-breaking investments in start-ups originated in secondary transactions. These transactions, while profitable to some, tend to flow capital into the pockets of veteran entrepreneurs and shareholders. In practice, these should not be considered capital raising as the company grows.

On the face of it, these recent investment trends present an encouraging snapshot.

While one may be tempted to conclude from the large-scale funding of Israeli high-tech, the ecosystem has emerged strengthened from the corona crisis. In reality, quite a few Israeli entrepreneurs have gone well beyond “turning lemon into lemonade.” These Israeli high-tech leaders have ingrained creative solutions to address the growing needs of connectivity and remote work.

One must look beyond the flashy numbers and dazzling headlines. Even assuming that second-hand deals account for a quarter of investments in start-ups this year, investments are continuing the upward trend of previous years, with annual growth of at least thirty percent.  if so, does the future look promising?  Not necessarily.  We must not be blinded by the dry data and take special precious to deepen the stable foundations of the industry for its future.

A new trend that I believe could threaten the linear growth of technological innovation in Israel are widening the gaps between promising growth companies, which are not large in number, and young and small start-ups that are also declining.

Simply put, we must be careful not to erase the “middle class” of start-ups in Israel.

According to the Innovation Authority report for 2020, the number of new start-ups is declining every year. While in 2014 1,404 new start-ups were established in Israel, in 2020 this number reached only 520 new start-ups. For Israeli startups to continue to maintain profitability, more and more small and growing numbers must succeed in raising investments in amounts that are only growing every year.

Needless to say, the result is a concentration of investments in the larger start-ups, at the expense of investing in the early stages in the smaller companies. It should also be remembered that behind every start-up that has managed to raise hundreds of millions or issued its shares on the stock exchange, there are dozens of companies that fail to rise to their perceived potential and left investors and employees in their wake.

Between eighty and ninety percent of start-ups in Israel fail and about half of them close. To this aspect of the industry, most of the public is not exposed at all and most of us read and hear more about the phenomenal successes.

On the other side of the barricade, we are witnessing “cheap money” available for investment in established and unicorn companies. Some of these entrepreneurs go out to raise tens of millions and even receive investment offers that significantly exceed their fundraising goals. So, what’s the problem with everyone wanting to invest in a start-up?

Well, the secret to the success of the best start-ups lies in systematic growth, one that befits the carrying capabilities of the company’s “skeleton”.

A skeleton of a healthy startup is built in most cases of three parts.

In an era of connectivity and working remotely, compounded by the proliferation of cyberattacks hitting the industry, there is now a great opportunity for young start-ups to gain traction and investment. It is not surprising that in the last six months, it has been start-ups from the cyber, fintech, and enterprise software sectors that have won the most investments in Israel.

For this to continue, the industry and government must maintain the momentum and even use it to grow the next generation of start-ups. This requires greater national support in encouraging early-stage investments in young companies, alongside government support in technology incubators and significant investment that will focus on training the next generation of workers who are so lacking in the innovation and technology industry.

Let us not be overly impressed by the success of the dozens of unicorns and high-growth companies.in the high-tech ecosystem. To continue to thrive, our industries need as wide a range of start-ups as possible. Supporting their next generation will yield a high return on investment – at the business and national level.

This article originally appeared in Calcalist