Zero-Day Attacks: What Are They and How Can You Prevent Them? 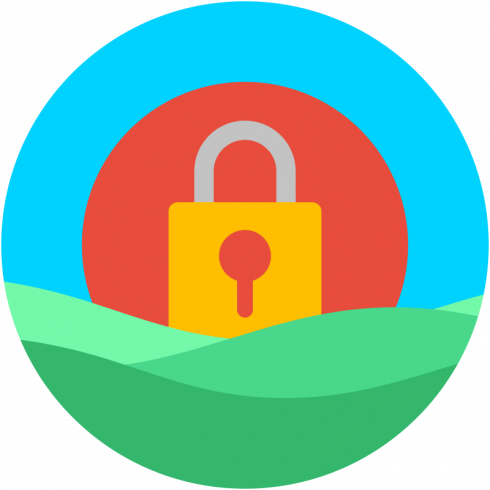 Zero-Day Attacks: What Are They and How Can You Prevent Them?

Today, software is used for everything from entertainment and finance to education and productivity. However, as its applications increase, so does the opportunity for hackers to steal your users’ data. Though some hack just because they can, others do so for monetary gain. One method they use is the zero-day attack.

“Zero-day” is an umbrella term that refers to recently-discovered security vulnerabilities. It stems from the fact that developers only learn about the flaw once attacks commence, and so they have “zero days” to fix it. These attacks are becoming more prevalent, as well. According to a review by the Massachusetts Institute of Technology, at least 66 attacks were discovered in 2021 alone. This is double the amount found in 2020, and the most of any year on record. They’re extremely dangerous because only the hacker knows of their existence.

Even so, it’s possible to defend against them. This quick guide will discuss how zero-day attacks work, who’s behind them, who’s vulnerable — and ultimately, how to prevent them.

An essential component of every software update is the security patch. These patches are meant to defend against vulnerabilities developers find between updates, but hackers sometimes discover them before developers do. They can then code malware to access exposed systems and attack them to retrieve data. Attacks can manifest through broken algorithms, password security issues, and various other bugs.

It can take days, weeks, or even months for developers to find the source of these zero-day attacks. In this time, hackers can infiltrate countless networks or sell knowledge of software vulnerabilities to interested parties. For example, on the white market, organizations may pay experts to actively find zero-day vulnerabilities for them. Meanwhile, in the gray and black markets, this information can be traded between parties for up to thousands or millions of dollars — all without the knowledge of the developers.

Zero-day attacks are usually carried out by malicious actors like cybercriminals, hacktivists looking for exposure, corporate entities conducting espionage on competitors, and even government agencies perpetrating attacks on other governments’ cyberinfrastructure.

Targeted zero-day attacks intentionally pick out high-profile individuals and organizations, such as those who have access to cutting-edge intellectual property, or governments that are threatening another country’s national security. Meanwhile, non-targeted attacks are usually carried out against entire systems like browsers, operating systems, and even the Internet of Things. If this is the case, all users of that system can be affected, and their data can be compromised.

An important step in defending against zero-day attacks is detecting them. But how do you detect something that even the developer doesn’t know about? A solution is still being worked out, and the strategies that have emerged so far are quite difficult to conduct.

However, if you fear that your organization is at risk of or has already been exposed to a zero-day attack, it’s best to approach a cybersecurity expert and conduct a vulnerability audit. Though the landscape of cybersecurity is fast-paced and ever-evolving, such people are trained to adapt to each change in the industry, including new zero-day attacks. This is because today’s robust cybersecurity programs teach students both critical knowledge and practical computer applications geared to solve critical real-world challenges. They offer separate offensive and defensive tracks that allow students to specialize in either network security and ethical hacking or incident response and malware analysis. It also integrates business knowledge into its curriculum, so graduates are prepared to excel in both the private and public sectors.

Consequently, modern cybersecurity experts are highly qualified to help individuals and organizations find the source of zero-day attacks. To do so, they may implement any number of detection strategies. Statistics-based detection, for instance, uses machine learning to create a baseline of normal software behavior, so changes caused by zero-day attacks can be easily pinpointed. Meanwhile, signature-based detection uses existing information on malware as a reference when scanning for threats, and behavior-based detection studies how malware interacts with a target system. Finally, hybrid detection combines all three to lessen each strategy’s weaknesses and encourage a synergistic effect.

Recovering from and preventing future attacks

Unfortunately, due to the unexpected nature of these attacks, they’re usually detected after they’re over. Fortunately, access removal can help mitigate any damages or losses by completely removing system access for everyone until security patches are released. Of course, there are also other steps you can take to prevent being attacked in the future. For example, content threat removal (CTR) technology does not detect threats but rather treats every piece of digital content as if it is infected. CTR intercepts all data being sent to a destination, discards it, and instead creates new data containing only the business information of the original. As a result, only clean and safe data is received.

Downloading the latest security patches can also lower the risk of attacks while backing your data up in the cloud can help reduce the data loss and downtime zero-day attacks may cause.

By knowing how to tackle zero-day attacks, you can significantly diminish the damage they cause. And as guest contributor David Balaban previously pointed out, doing so can help starve cyber extortion groups of their funds. Once hackers stop seeing zero-day attacks as a profitable venture, attacks may cease, and the world will be one step closer to ending the ransomware economy.