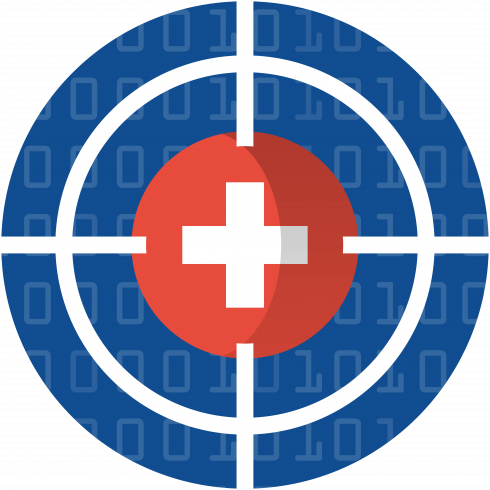 On Feb 10, Mike Jones of the H4unt3d Hacker Podcast hosted odix CEO Dr. Oren Eytan & Head of PR Yehudah Sunshine for an informative conversation on ransomware, cyber warfare, and the role of international politics in the evolution of cyber-crime. As consistent contributors to the H4unt3d Hacker network, odix is pleased to share some of the highlights and most interesting points of our most recent discussion below.

How are international politics and national-level conflicts influencing cyber warfare?

“When we look at the conflicts around the globe, and you mentioned, the invasion of Russia to Georgia was one of the milestones that there was what we call the preliminary cyber attack, prior to the physical forces, and all the armed forces. And since then, it seems that cyber warfare took legit place in conflicts, as kind of a preliminary Act, in order to warn the other side or in order to send signals  It still, it seems, seems (to the unsuspecting viewer) it’s not the shooting weapons, so it’s not like physical destruction, even though you can create a lot of damage if you stop or control or the traffic lights or ships, traffic in the harbor and so on. So, yeah, so, it seems that the cyberattacks and the cyber front had become a part of all conflicts globally.

How have cyber attacks been used to cripple critical infrastructure and jeopardize human lives?

“I personally think that nation-states attacking hospitals and critical infrastructure with ransomware is just as strategic as a military strike. within the past year and a half, the Iranians attack the Israeli water supply with a cyber attack, I would say that’s beyond a preliminary attack. That’s a full-fledged intervention. So I think that it’s on those lines. And we have to perceive it in that way.

It’s no longer possible for it to be on the backburner. It’s fully-fledged and because it’s integrating with such vital elements that hit not only diverse populations, but when I think about municipalities, I wrote an eBook on municipal cyber risk. They have so many constraints that prevent them from being able to implement an effective strategy against this. And at the same point, they’re holding so much valuable data for people’s, you know, critical, it’s crazy. So I think that having this diverse option to just rain devastation, it doesn’t have to be on a level military to the military to be able to cause a real major impact. Think about the colonial pipeline, if we stopped the energy supply, now it’s going to cause a panic, it’s going to increase prices outside of what the reality is.”

What will it take to make data security become a national priority?

“When you look back at Chernobyl, right, so Chernobyl was a very unfortunate situation. But can you imagine something like that being spurred by a cyber attack from a nation-state? You know, at that point, I think we’re going to have to sit back and say, Okay, we’ve looked at this, and we’ve seen it as an act of war, and you’ve devastated our infrastructure or you’ve killed X amount of people with your cyber attack. And I think at that point, we’d be forced to look at it as a humanitarian attack, and take, you know, measures to combat it.

But I think that a lot of people or a lot of countries are afraid to take that step because they still see cyber as, you know, convenient or the way that we live our lives. I don’t think they really see it as something that we need to protect to that extent. And the US I think, is guilty of that vision of the cyber, the cyber world in the cyber warfare theatre.”

Should cyber solutions be considered military tools and treated accordingly?

“With regard to Pegasus (From the NSO Group) and other similar offensive cyber products, The Government of Israel really controls any cyber solutions going to and from the country. it’s not free export all over the world, like some other products that the US has some export controls and these relevant export control. These rigid controls allow decision-makers to understand the consequences of these products.

And I still believe that over 95%, of the usage of Pegasus, was for good cause, to catch terrorists and to catch criminals, and to go after national security issues and stuff like this in most of the countries. Those that got into the headlines the 1% that people misused it are beyond national control.”

To learn more about the intersection of cybersecurity and global politics check out The Rise Of International Hacker Networks featured n Forbes.

Renaissance selected as the Irish Distribution Partner for odix

Renaissance selected as the Irish Distribution Partner for odix