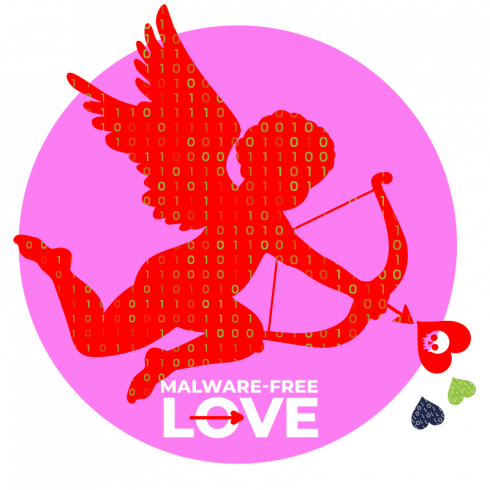 Everyone knows, navigating dating and relationships can be like walking through a minefield. When you add cybercriminals to the mix, the odds for finding love just dropped even more. With more people turning towards dating apps to find that special someone, the possibility that your heart, as well as your digital footprint, might be up for the taking has become a very real possibility.

Understanding how to protect yourself in this complex world is essential if you want to find love and maintain security for the highly sensitive data these apps possess. While the battleground might be new, the advisories and goals remain the same. Realizing the growing risk within the digital dating space we’ll highlight some of the biggest attacks, significant trends, and effective methods to protect your data and still get you a date for valentine’s day.

Dating apps are the new storehouses for personal data

Name, check. Location, check. Way more personal information than you should be providing to some app you downloaded last night while drunk and reminiscing about your ex, double-check.

Does this sound like how you start looking for love? If so, you might be placing your heart as way as your data security at risk.

While your intentions were surely in the right place, hackers are happy to use your emotions, as well as widely known system flaws and gaps to gather personal, potentially damning, or financial information all while your swiping right. From unauthorized users accessing photos and messages, passwords being stolen, data stored on devices being hijacked to potential ransomware attacks leveraging stolen data possibilities for destruction are nearly endless.

Oded Vanunu of Checkpoint puts it more bluntly, “As sophisticated social engineering attacks have increased in the last two years, attackers require more information about targets. There is a race for data, a race to collect info about users. In this domain, people are much more free, they share much more private information, more pictures, thoughts and ideas than you will find on regular social media platforms.” Dating apps provide the perfect hub for massive data sets often poorly protected that continue to expand by the day.

How many people are really using Dating Apps?

Recent research from Securelist has found the scale and scope of online dating apps are simply astronomical.

According to Kaspersky “the total number of swipes on Tinder increased by 11% last year, with the daily number of swipes surpassing the 3 billion mark for the first time as early as March 2020.” With the sheer scale of daily use, the potential for data compromises and system-wide attacks has shifted the focus from the heart to the wallet.

As hackers increasingly turn to dating apps to easily secure massive troves of data, their motivations have shown to be more nuanced than strictly finical gain. This was proven to be true in the case of the Black Shadow attack, an Iranian-backed cyber group that attacked the Israeli LBGT-Q dating platform Atraf, threatening to release the data.

While Black Shadow’s demands may have been financial, their motivations lie squarely in the political crosshairs of the Islamic Republic’s upper echelons.

This is just the tip of the iceberg. International hacker gangs have used dating apps to compromise the data of millions of users.

How to protect your heart and data

Dating apps have become the target de jour for hacker groups and malicious players alike seeking to secure enormous data compromises. While the names may have changed the idea remains the same.

Governments, hacker gangs, and those who lurk in the gray area in between have turned to dating apps to exploit comprehensive data sets which have emotional, economic, and often political significance.