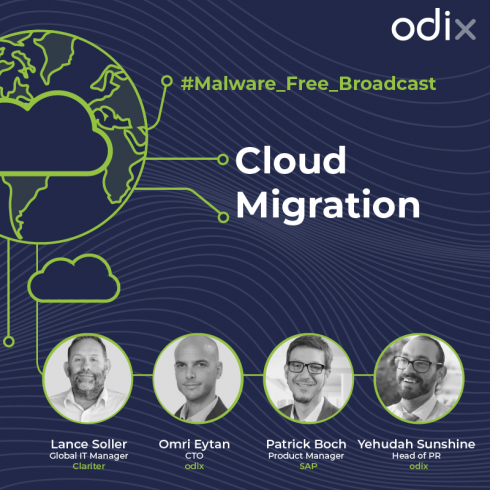 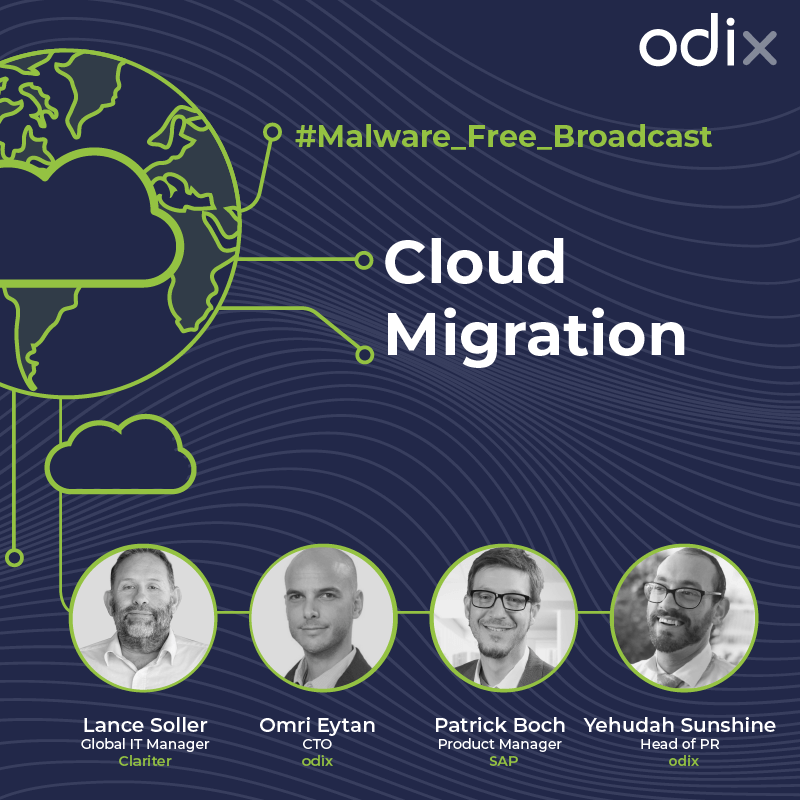 On March 1st, 2022 odix hosted an exciting panel discussion on Cloud Migration and Cyber Risk. The conversation featured industry leaders and highly experienced IT professionals, including Partick Bosh of SAP & Cyber Protection Magazine, Lance Soller of Clariter, and odix CTO Omri Eytan, brought together to better understand the risks and process’s part and parcel to cloud migration. In this blog, we’ll feature some of the highlights and most pragmatic insights about optimizing cloud migration without exposing your secure data to enhanced cyber risk.

What is Cloud Migration?

“Cloud migration in its most in its simplest form, is the moving of data from your local source, your own server on your own rack of servers, sitting at your hosting provider like has been traditionally in the past, moving into a cloud platform. The biggest driver behind this in the past two years, just over two years, has definitely been the whole COVID outbreak, as that has caused people to move to work from home.

This has generated pressure on IT departments around the world, moving their data to a more and more easily accessible platform, as opposed to them still wanting to connect back to the office. However, that connectivity works back to the server in the office looking for their data. It’s made life a hell of a lot easier for the move there. The work from home environment that COVID has forced us.”

What should SMB be thinking about in their cloud migration process?

“It’s very dependent on the business itself and their business needs. But almost all SMB already uses cloud email cloud storage, they use a lot of sass products from the get-go. And those who don’t usually have regulatory requirements, to not do it from the SMBs that we’ve met with, so I’d go with whatever is easiest to migrate, and the migration to SAS offers and product services that are already battle-tested with years of track record.

In the field, now to avoid being the first customer trying out a new service, and not fumbling with it, go for something safe. That will be easy to do easy to migrate and start from there and see how that goes how people accept the change receive the new way that data is processed, that software is used and go from there.”

What are some of the most significant misconceptions in cloud migration?

“the cloud works differently than if you had something on-prem. It has some advantages. It also has some disadvantages. And we see that if you look at SAP software, there are no two SAP systems that are exactly alike in the world. So, there’s a high amount of customization in those solutions in those systems that the customer. And that is something which the clouds cannot provide. In a way, you’d probably have to make the distinction between public cloud and private cloud where the public cloud is the software as a service kind of thing. And that is highly standardized, which also means that some of the flexibility you might have with an on-premises solution is something you will not get in the cloud.

On the other hand, because everything is standardized, you will be a lot quicker in using the software. And I think that is something which is important to know about the cloud. And that’s also one of the biggest advantages because not only that, but you can also just start right away.  If you’re an SMB, you just sign up for a cloud service or for a cloud application, and you’re ready to go. That also includes scalability, right? Because that is if you look at the hyper, scalars, AWS, Azure, and Google, that’s what their biggest selling point is. So regardless of whether you’re a one-person company now, but you’ll be a 100-person company in a month, you don’t need to buy all the hardware to match that growth, but you just go to the cloud.”

What are some of the biggest differences and tangible benefits from a cloud solution versus on-prem?

“I think for this has to be split up into quite a few different regions, quite a few odd answers. The first part about it is a lot of companies still want to see they want to look at a server, they want to see their own flashing lights. And they want to think that their critical data is too important, and can’t be protected on the cloud. I think that’s, that’s number one that we have to deal with. Number two is a concept that I often hear being thrown around not as much today. But you heard of this whole thing called Shadow IT.

That’s the term that we use when referring to the cloud services that are actually running inside your organization that you don’t even know about. When somebody is sitting in an accounting position or some sort of it defensive position has gone online and found service and likes a service that is already using it inside your organization where you don’t even know about it. That to me is scarier. So, when it comes to specifically looking at SMB, bigger organizations don’t really have this problem. An SMB really needs somebody a driving force within the organization, or a very good integrator that can hold their hand and show them the difference what’s in the cloud, what’s what they’re using locally, why shouldn’t be sitting locally, why it’s more beneficial to be set in the cloud? That’s absolutely critical.”